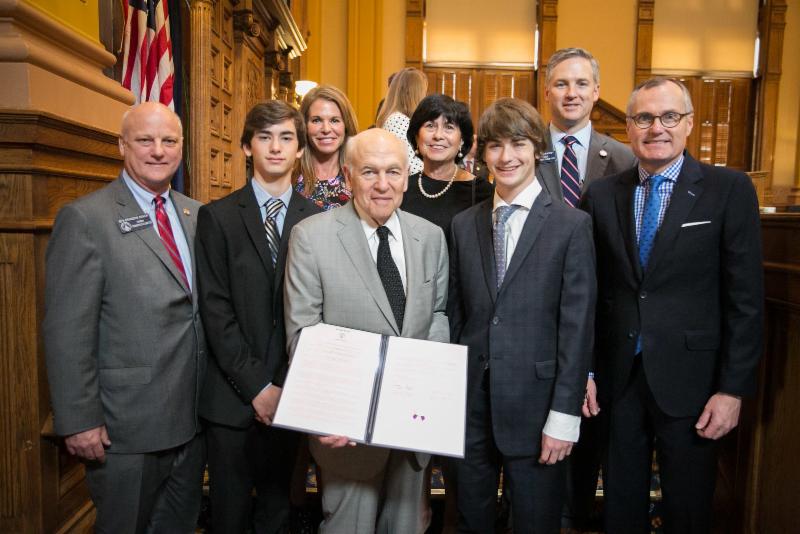 Council for Quality Growth Board Member and friend Scott Selig was recognized in the Georgia Senate on Friday for his life and legacy. Senator Brandon Beach introduced Senate Resolution 810, commenting “There is Latin term that best describes Scott Selig. It’s called sic non nos nobis: ‘Thus we labor but not for ourselves.’ That’s what Scott Selig was all about – laboring for others.”

Accepting the Resolution on behalf of Scott were his children, Cooper and Sam, along with his father Steve Selig, mother Janet Selig and the children’s mother Amy Selig.
The Council would like to thank Senator Beach, Lt. Governor Casey Cagle and the Ga. Senate for recognizing a great friend, son, father and tireless Atlanta leader.